So, Star Wars Battlefront 3 wasn't even finished (let alone cancelled) when we tried to get number 4 off the ground at the now defunct Free Radical Design (now Crytek UK)

So here a few pages of concepts produced for a game that never saw the light of day: 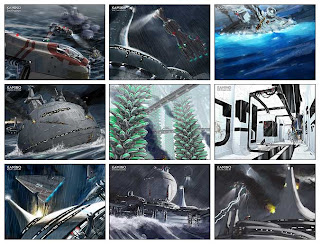 (Above)
Environment concepts -
chiefly based around
an infiltration of a
Kaminoan Cloning Facility.
Also, we were working on some crazy Alternative Star Wars Timeline ideas - where the good guys were the bad guys and vice versa: 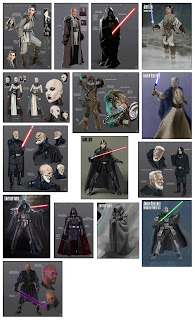 'Til next time, everyone!
Posted by Neil Roberts at 03:45