First up is Magneto, who was an obvious choice - I remember buying the anniversary reprint of the first issue of X-Men and found his choice of clothing totally bizarre. Such bright colours for such a dark, complicated character. 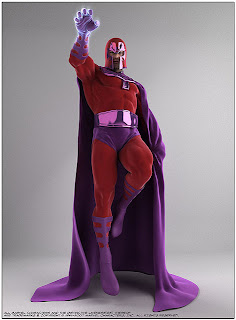 Next, Green Lantern who, I have to admit, I didn't know too much about about until several years ago - I always found superhero comics to be a bit dull, issue-led and earthbound. But the Green Lantern Corp had adventures beyond space and would tackle crazy ideas, with funky aliens. That was more my thing, what with being a kid obsessed with Star Wars, Doctor Who, Battlestar Galactica and Blake's 7. 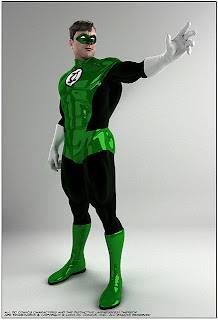 I'm fascinated by the Green Lantern Corp, their uniforms and quasi-military organisation, it's something I'd never really counted on seeing in American comics. Consider me a convert!
Posted by Neil Roberts at 00:31