This was the first piece I created for BL Publishing. I was in between jobs and had previously worked on character art and marketing images for the cancelled Warhammer Online project. This Space Marine was less resolved when I sent it to BL, however Christian Dunn saw enough potential and asked me to rework a few issues, after which it was used for the anthology 'Bringers of Death'. 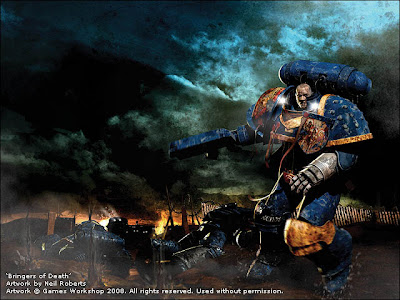 Trivia: The clouds were referenced from photos taken from my bedroom window.